Click here to see all upcoming shows and opportunities to take class from Dante. 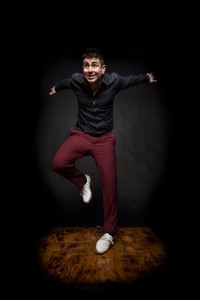 DANTE LARA is a California and New York based tap dancer, teacher and cho-reographer who continues to explode onto the new tap dancing scene. A graduate of Chapman University with a BA in Theatre Arts, Danté earned his SAG card at age seven, and has been act-ing professionally ever since.

But his passion for tap dancing has kept him on the wood ever since he began studying the dance seriously at L.A.’s Colburn School with the late Alfred Desio (inventor of Taptronics). He then began classes at Debbie Allen Dance Academy with Jason Samuels Smith and Chloe Arnold, and soon joined professional tap company, LA Ironworks, under the direction of Steve Zee; Chloe Arnold’s New York based company, Apartment 33, “Heres 2 Lyfe” directed by Parris Mann and Rashida Khan, and Christo-pher Anthony Scott’s The Nitty Grittys.

As a soloist, Dante has performed at numerous clubs and hotels, and was a successful and well-known street performer in New York City, where he honed his craft collaborating with jazz musi-cians. 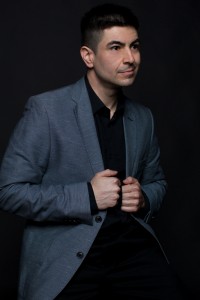 He considers his tap teaching style everything from taking stu-dents through sweat-breaking advanced rhythmic choreography, to enthusiastically coaching adults who have never picked up a pair of tap shoes.

His goal as a performer and teacher is to spread the love and joy of this musical art form to everyone, and to give students tech-nique and tap vocabulary that they can take and share in their own improvisations and choreography.

Dante looks forward to teaching and performing at YOUR next festival, workshop or class. dantedahoofer@yahoo.com or dantelaraentertainer@yahoo.com or PM on Facebook or Instagram.

Dante is available for master classes, weekly advanced or intermediate classes, choreography clean-up, and of course, choreography for concert or competition in California and New York.  Contact Dante here!